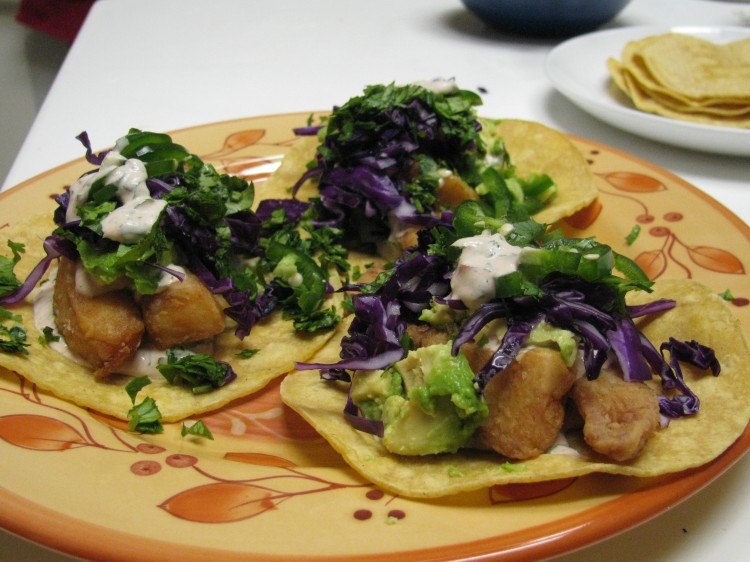 The other night it was Fish Taco Night. The first ever Fish Taco Night really, but I’m thinking we’ll have more of these going forward since the tacos were so good. It was a weeknight and I told Diana that I was thinking of pan frying a couple of fish fillets, she said she was craving Mexican. So, I suggested we make some fish tacos. She loves these tacos and agreed. These came out so much better than I even hoped for. The fish was Tilapia, lightly seasoned with cumin and lime juice, floured and shallow-fried. I also made a sauce with mayonnaise, sour cream, scallions, cilantro and a little tomato. I topped the tacos with shredded salted cabbage, avocados and jalapenos.