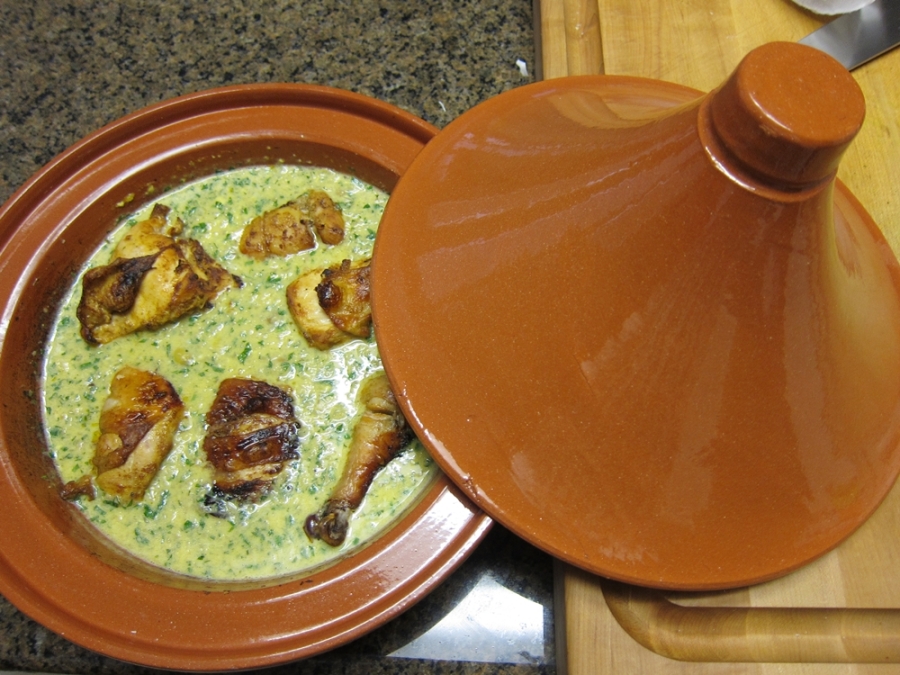 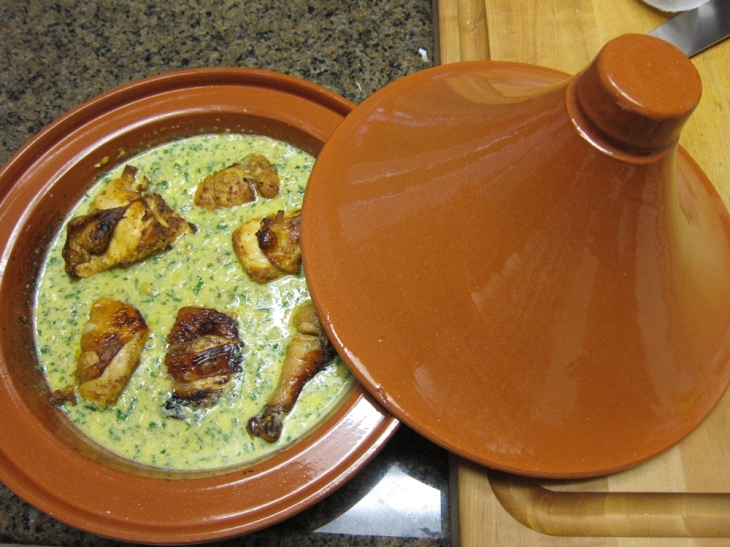 One of the most lovely looking dishes I made from a Paula Wolfert recipe. This amazing stew was the first time I use an actual clay tagine. This specific Tagine (which is the name of the pot and the dish made in it) is an inexpensive glazed clay one I bought from Sur La Table. It’s made in Portugal and as far as I can tell it worked great. In the future I would love to spring out some more cash and get one of those neat-looking ones from Clay Coyote, but for now, the Portuguese one will have to do. Maybe when Paula’s new updated edition of “Couscous and Other Good Food from Morocco” book comes out will be the right time for that. 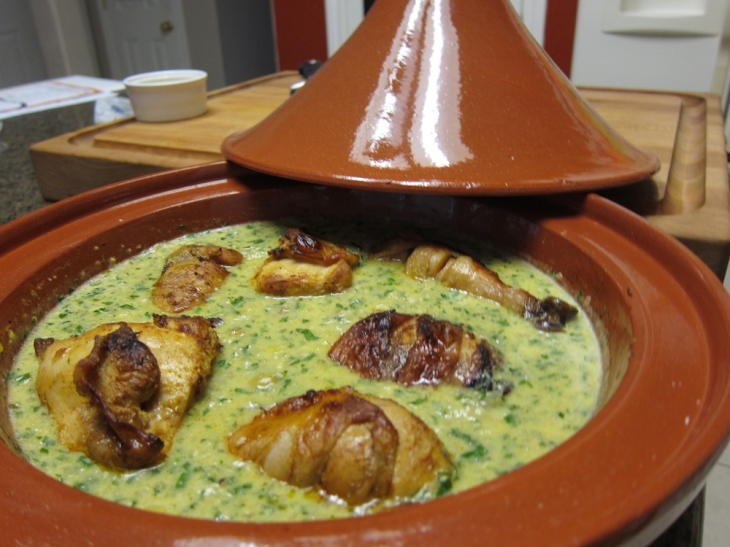 This recipe is from her latest book, “Mediterranean Clay Pot Cooking“. It immediately caught my eye when looking for a recipe to try in my tagine in my books. I do admit that I was a bit apprehensive as to how it will all turn out since I was not sure what to exactly expect. In the intro, Paula refers to another tricky Moroccan  recipe that “encases” chicken in a cooked egg mixture and then discusses this one as similar but different in that it uses eggs but they form more of a custardy sauce for the chicken. That sounded good, but the eggs get cooked in butter in the tagine alone before adding any sauce and that concerned me. I was worried that the end result would resemble cooked chicken in an eggy scrambled sauce. If the Diana and the kids hate it, then all the work would be in vain. I really needn’t have worried because it far exceeded my expectations.

I salted the chicken (local, free-range from Yonder Way Farm) and seasoned it with paprika, cumin  and a very small pinch of cinnamon several hours ahead of time. I almost always pre-salt meat if I have the time. The base for the dish is a mixture of butter, grated onions, garlic, saffron, dry ground ginger and cinnamon (a tiny pinch of that). With water, that base makes for an aromatic liquid in which the chicken pieces gently stew. The chicken pieces get finished under the broiler for a crispy skin right before nestling back in the sauce for service. For the sauce, the cooking liquid is mixed with caramelized grated onions, olives, sliced preserved lemon peels, parsley and cilantro. Eggs get cooked very gently in the tagine in butter and mixed with lemon juice. To bring it all together, the onion-olive mixture gets mixed in to the eggs. The mixture turns to a wonderful velvety a very deeply flavored sauce. Add the chicken pieces back in and it is ready to serve. 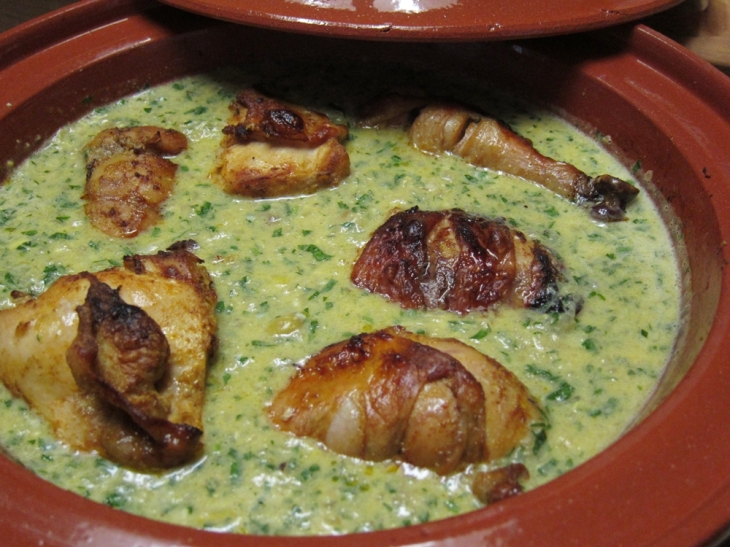 For some starch to sop up all that amazing sauce, I made couscous and simple tangy chickpeas. The dish was a hit with everyone, the sauce was rich and very flavorful, but certainly not heavy or “eggy”. The last step of broiling the chicken pieces really takes the dish to the next level by giving it a deeply burnished and crispy skin as opposed to the soft flabby one we normally get in chicken tagines. I will be making this again and am already thinking how the sauce would work with lamb instead of chicken.