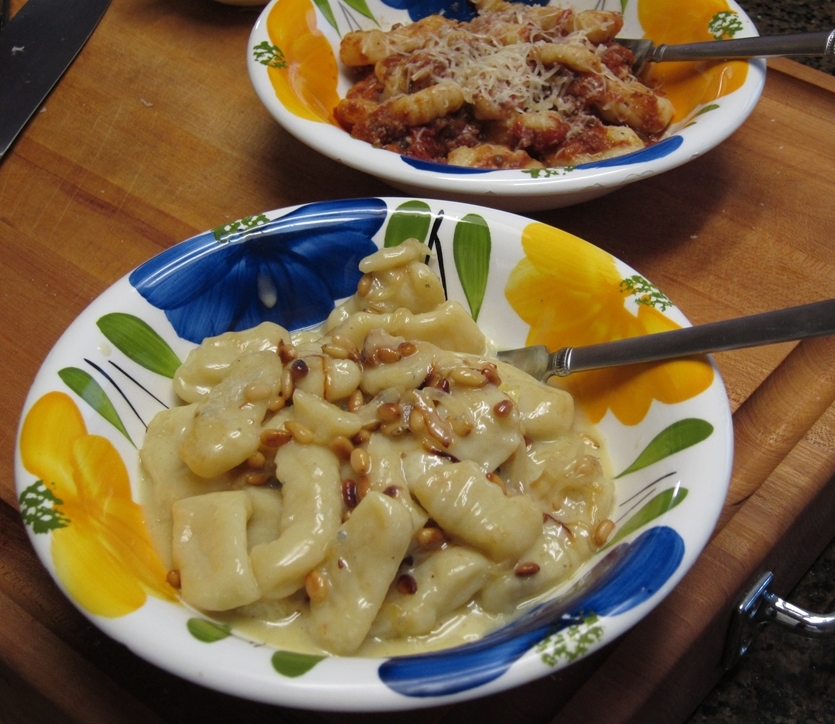 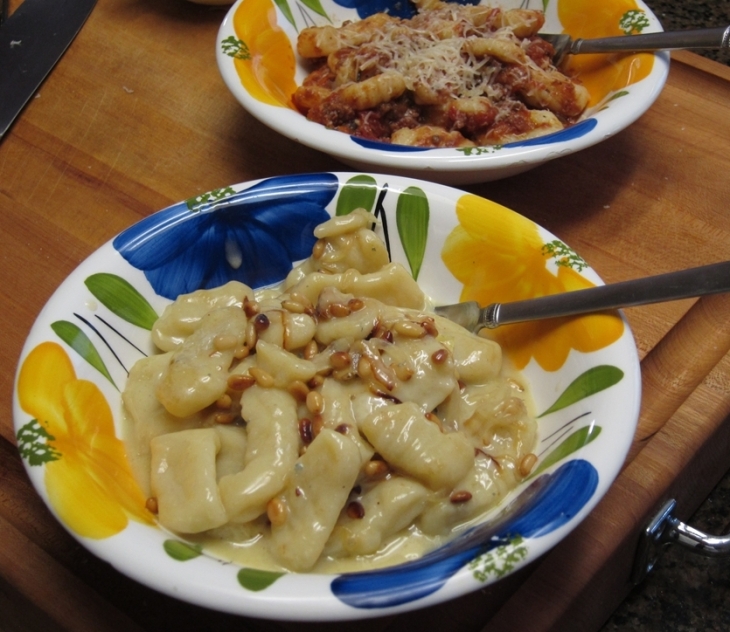 Paula Wolfert has a straightforward recipe for gnocchi in her Mediterranean Clay Pot Cooking book. At first glance I was not sure how the recipe would work. It has no eggs at all and little flour, a portion of which is cake flour (ie has very little gluten). After making those a couple of times though, I can definitely say that the recipe works! It produces soft tender dumplings that are full of delicious potato flavor. I suppose one can add an egg to make a firmer gnocchi (Diana likes them firmer), but it really is not needed. Here is a streamlined step by step guide to making these guys.

Prick 2 lbs potatoes all over with a skewer and bake them on a 1-inch layer of salt at 400F for an hour and half. This really is the key step for success. Baking the potatoes as opposed to boiling them leaches moisture and concentrates the flavor. Baking them on a bed of salt further helps dry them out. Too much moisture in the cooked potatoes makes gnocchi dough very tricky to work with and could cause it to turn gummy.

Peel/scoop the flesh out and pass it through a ricer. Spread the potato on a baking sheet and allow them to dry for 30 minutes.

For 1 lbs of cooked potato flesh mix in about 160 gr all-purpose flour, 75 gr of cake flour and a pinch of salt. Fold the dough gently together until it forms a smooth ball.

Divide the dough into 4 pieces. Working one piece at a time, roll them into 1/2 inch thick ropes and cut the rope into 3/4 inch pieces. I got lazy on some of these and made them a bit bigger. Roll each piece gently on the tines of a fork to create ridges on the dumplings.

Cook the gnocchi in boiling salted water until they float. Move them to an ice bath and then strain. Now they can either be used right away or tossed in a little oil and stored for a couple of days.

From this point on all you need to do is toss them in some kind of sauce. I made two different sauces. One was a venison ragu; slowly cooked ground venison, a little tomato, milk and aromatics. The other was based on one of Ms. Wolfert’s recipes in the same book. She sauces the gnocchi with a mixture of gorgonzola and pine nuts. I made a gorgonzola sauce using the Modernist Cuisine technique that adds sodium citrate salt to create an amazing smooth and creamy cheese sauce. I also toasted some pine nuts and caramelized onions and tossed them in there. This was a luxurious and very delicious sauce. 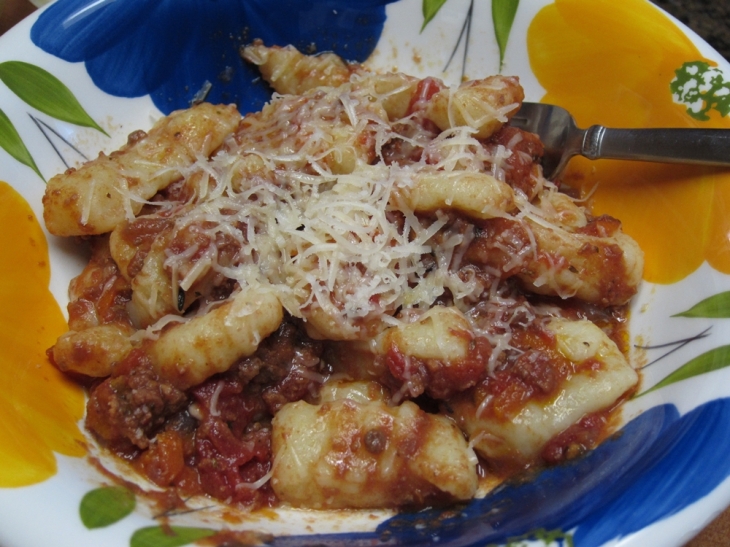 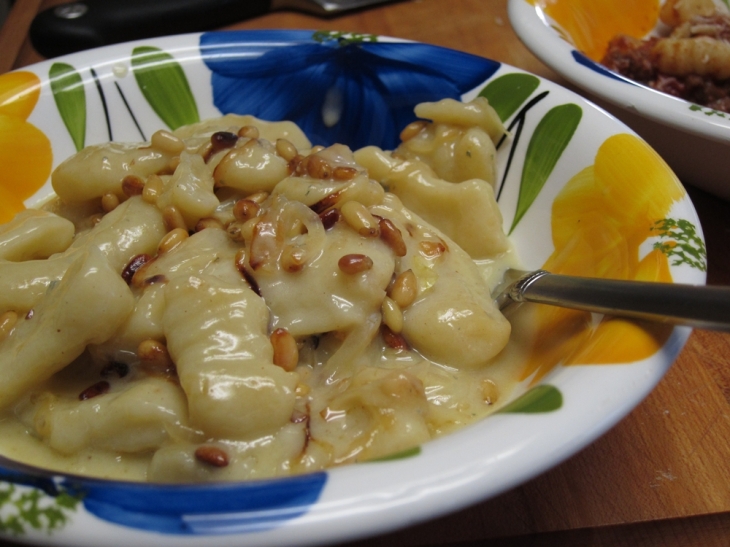 Lacking a donut pan I adapted @halfbakedharvest recipe for baked apple cider donuts with Maple glaze to make mini bundt cakes. I think i overfilled the pan a bit but they came out delicious amd perfect with black coffee
The first recipe I tried from @kenforkish new book #evolutionsinbread is the cover recipe for whole grain bread baked in a loaf pan. Made with yeast and #levain it came out very good with nice flavor and excellent crust and crumb. Possibly Brioche is next.
Chicken and rice loosely adapted from @seriouseats recipe for the Street Cart Chicken with yellow basmati rice, white sauce and hot sauce
Blueberry (with a few strawberries and couple plums I found in the back of the fridge drawer) cobbler
Udon with a soupy beef stew flavored with soy, sake, ginger, garlic
good start for the morning @portalcoffeesd