British food is good. It could be great. To me, it is comforting, historic, classic and kind of cool in a way. Thankfully over the last few years chefs like Fergus Henderson, Heston Blumenthal, Marco Pierre White, Jamie Oliver and many others are making it a point to celebrate the classic food of Britain. In some cases chefs like Blumenthal are digging very deep (I have a post about that coming up soon) into the roots of historic English foods and modernizing them. That’s exactly what Chef Blumenthal is doing at his restaurant Dinner in London.

This post is not about modernist takes on British food though. When I think of British food something like this delicious comforting beef and Guinness pie come to mind. There’s a whole slew of meat-in-pastry type pies in this cuisine that range anywhere from crayfish to steak and kidney. This particular recipe is from Jaime Oliver’s Great British Food. Oliver actually calls it “Will and Kate’s Steak and Guinness Pie” in honor of the royal wedding a few years back. He puts a few twists on the recipe like including barley and cheddar cheese in the filling. That was part of the reason why chose to give his version a shot. 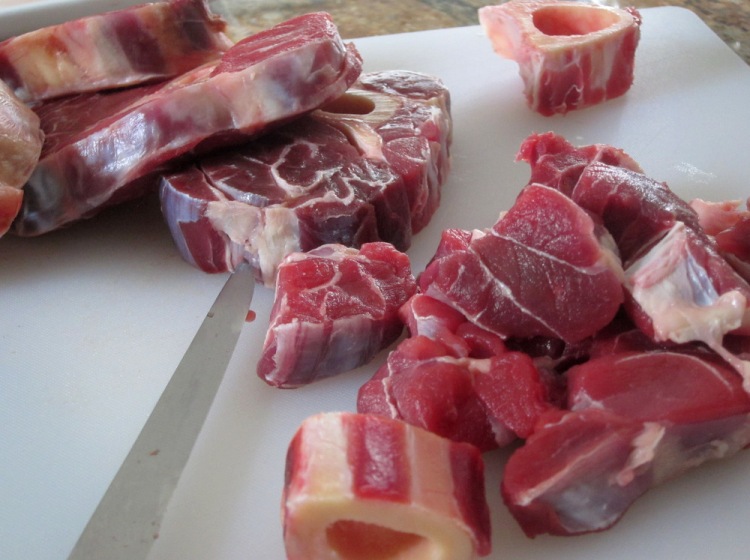 The beef shanks from Yonder Way Farms are one fantastic cut of beef. I use them for everything from beef stew to beans and even Osso Buco. They are rich with a lot of flavor and lots of collagen that makes great braising liquids. More often than not, as I did here, I slip the marrow out of the bones and save it for another use. The filling of the pie is a stew with the beef, lots of red onions and some barley cooked in Guinness and beef stock. 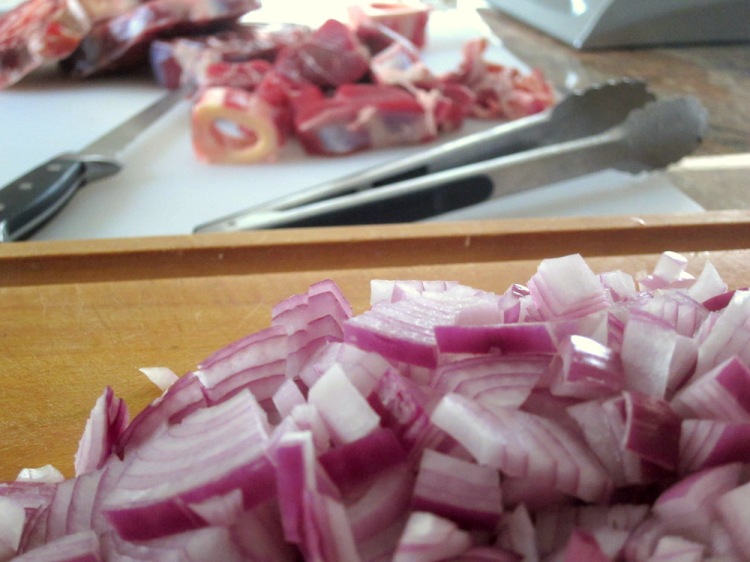 When the stew is done I added in shredded sharp cheddar cheese. This touch is very nice. It makes a savory stew even more so, adds creaminess and substance. While the stew cooked and cooled I made the pastry.

The pastry is made very much like a pie or tart dough but instead of butter it uses suet. Suet is beef fat from around the kidneys. It is very firm and can actually be grated like butter or cheese. No one really sells suet in Houston and I did not want to pay for it online from some source (I might give that a shot at some point to see how different it is). What I do have is plenty of pork lard. So, the suet pastry became a rich pork lard short pastry. It was easy to work with and had a great flaky texture with a deep savory taste. 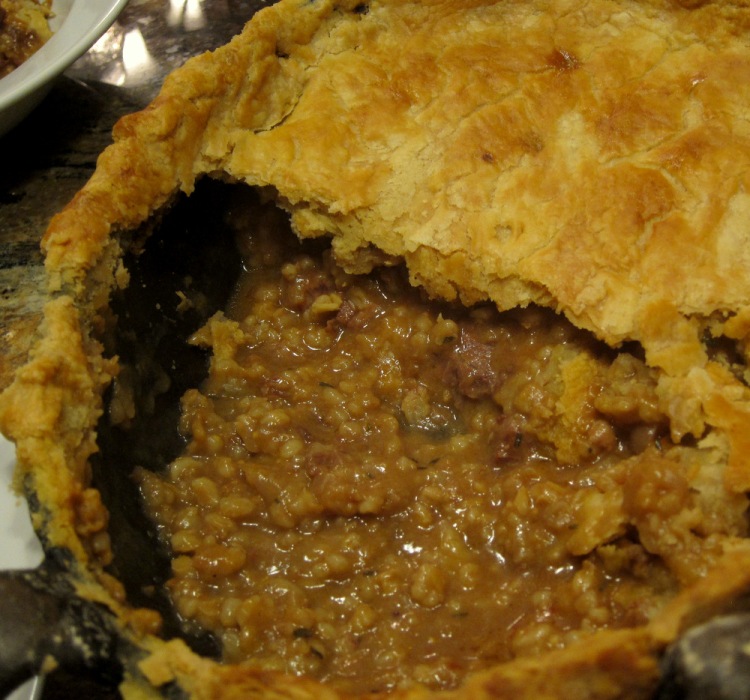 To serve it, what better and more British side to go with this pie than steamed veg? The key here is to put the vegetables in the steamer based on how fast or slow they cook. I steamed carrots with some peas and some Romain lettuce at the end. These got tossed with a bit of butter, a drizzle of vinegar and salt. They were perfectly cooked with great texture and flavor, a perfect accompaniment to the rich beef and ale pie. 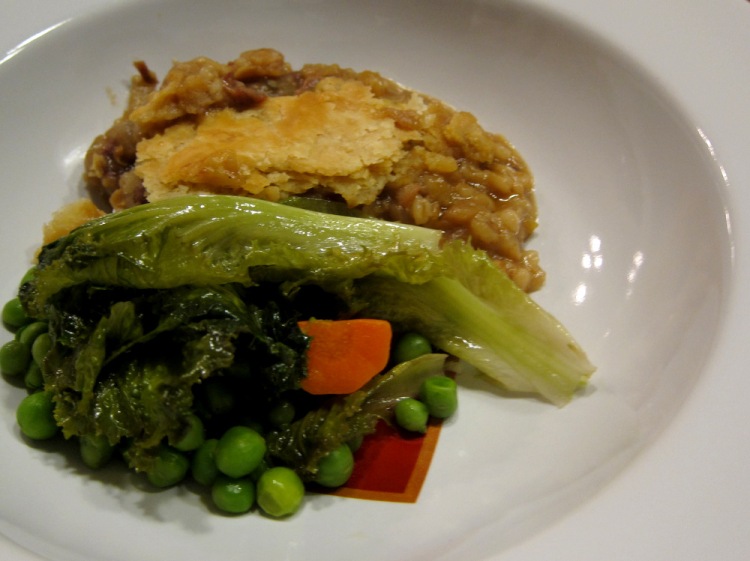 4 thoughts on “Steak and Guinness Pie”