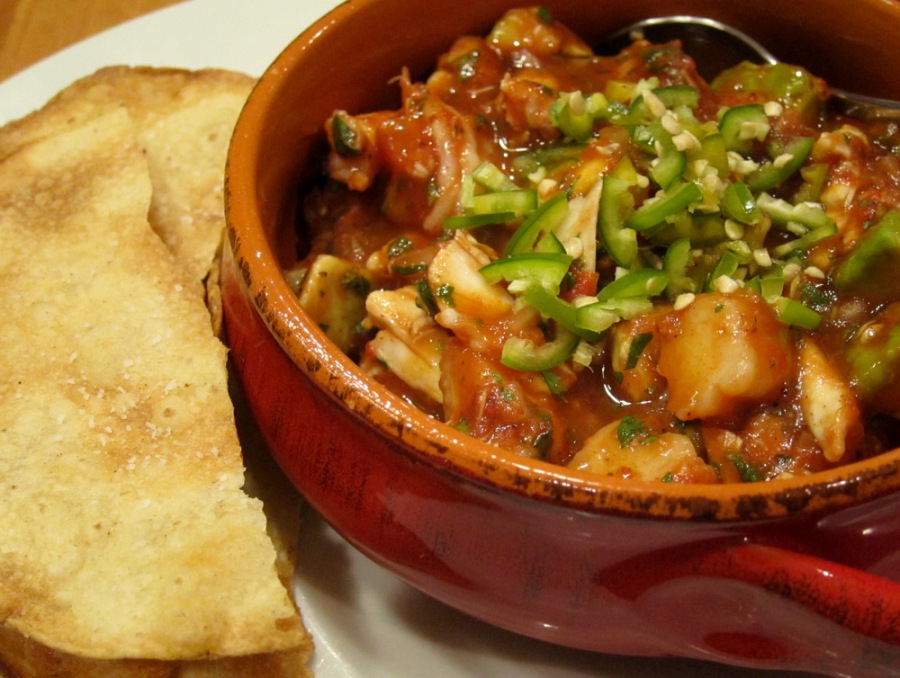 Every Mexican, Text-Mex, Taqueria or gulf coast seafood joint in Houston has a version of a seafood “cocktail”. The cheap versions are little more than boiled shrimp with some onions, spices in a Tabasco-spiced ketchup sauce. They can be ok. However, one of the best versions in town is at Goode Co. Seafood. It’s something Diana and I order everytime we go there for lunch. They call it a Campechana after the Mexican coastal city of Campeche where presumably you find such seafood dishes. 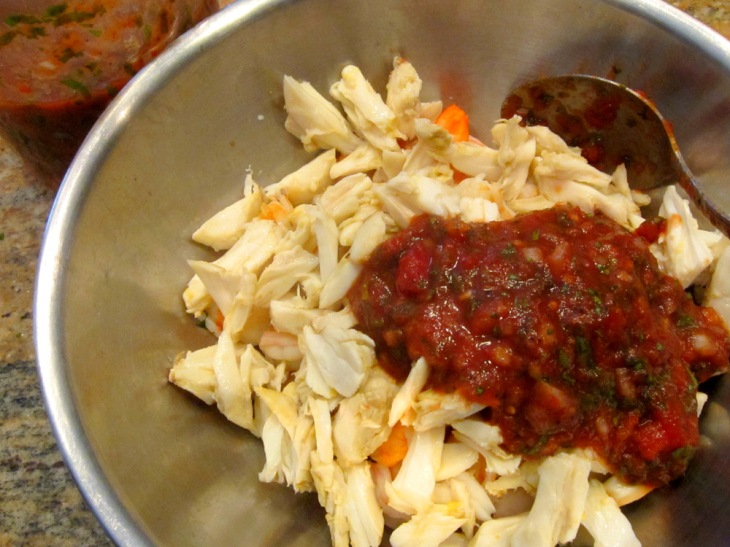 When we had a craving for Goode Co. Campechana recently, instead of going out, I decided to make a batch at home. It is just as good and certainly more economical. I knew The Homesick Texan Cookbook by Lisa Fain had a recipe that she based on Goode Co.’s. Lisa is a fan as well it seems.  I picked up some good large gulf coast shrimp and a package of lump crab meat (no way was i going to boil and pick a half pound of crab meat) and put the dish together in less than 30 minutes.

I used good quality canned fire roasted tomatoes for the sauce and pureed them with a couple of chipotle in adobo peppers. That got tossed with the chunks of seafood, onions, cilantro, lime juice, cumin, minced garlic and minced serrano pepper. I let the mixture sit in the fridge for half an hour or so to chill it well and allow the flavors to meld. 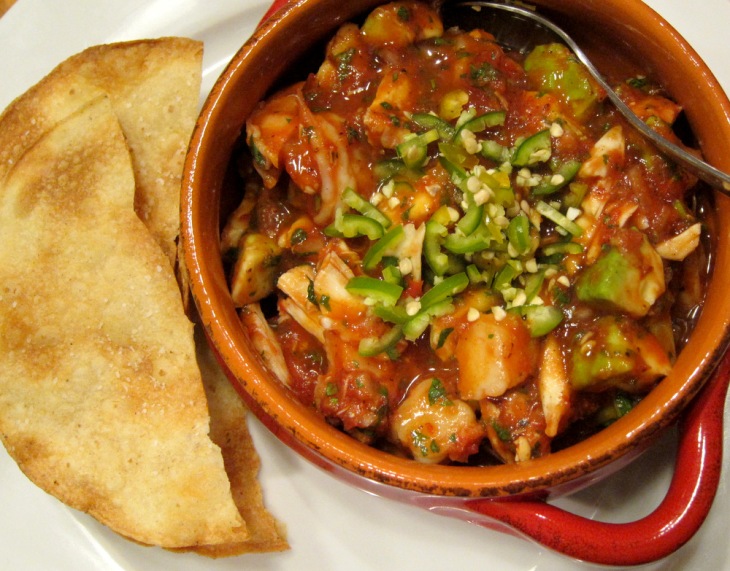 Meanwhile, I toasted a few corn tortillas, chopped up some more peppers and prepared cubes of avocado. To serve it, I tossed in the avocado cubes, adjusted the seasoning and dished out generous portions garnished with the chiles. It was fantastic with perfect balance of fresh seafood, tart sauce and just the right amount of heat.

3 thoughts on “Campechana: A Shrimp and Crab Cocktail”

Cantucci, tasty small almond biscotti, adpated from the @viacarota book recipe. Really good with coffee and excellent with a little ice cream and those red wine poached pears from my last post.
Pears poached in red wine with vanilla, orange and herbs
A favorite simple (and usually #vegan) dish is Lebanese burghul and greens with lemon. I change all the time but the basic components are the same.
Tacos last night so beans, eggs, salsa, Guacamole and tortillas for #breakfast
Tacos Saturday
Venison leg from @mauinuivenison cooked on the grill over charcoal. Flavored it like a beef Shawarma (cumin, allspice, onion, garlic, red wine...) and it worked great. Served with tahini sauce, flatbread and veggies. This has been our favorite way so far to cook this meat